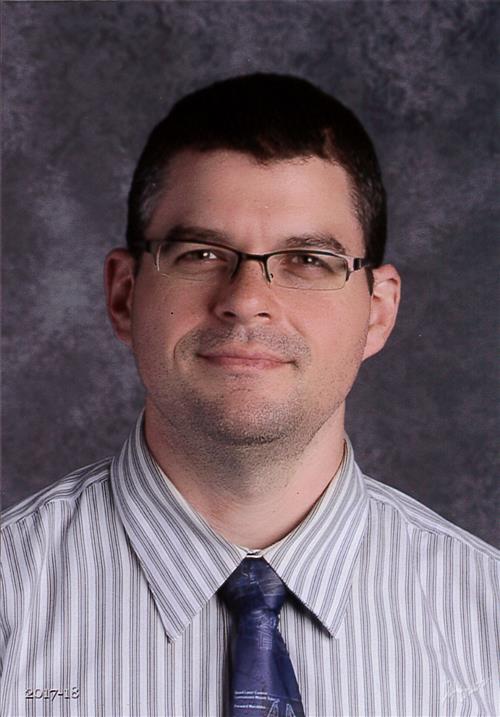 Hamburg Area High School has a variety of classes and electives that students can choose to explore. With all those classes, the teachers are what can make or break a class for someone. At the end of the hall in Room 53 is where Mr. King resides. Mr. King offers a multitude of classes including engineering and manufacturing. His classes consist of Digital Photography, Principles of Engineering/Civil Engineering and Architecture, Introduction to Engineering Design, and Autodesk Certification. Mr. King also plans to replace Digital Photography with a new class called Game Theory and Design, which will be open to all students next year. Civil Engineering will also be going away, and he plans to be expanding certifications. He also plans to set up Advanced Game Design if Game Theory and Design goes well.

Mr. King is a Hamburg Area High School graduate, graduating in 2000 and immediately entered the U.S Air Force Reserve as an electronics technician. After his initial training, he began his Bachelor’s degree in Professional and Technical Writing from Penn State, Berks Campus. After two tours of duty overseas with the Air Force, he graduated with his BA in 2007. He then began his graduate studies at Lehigh University in June of 2009 and graduated with a Master’s degree in education during December of 2011. He then earned his certification in Technology Education in March of 2014 and started his training in Project Lead the Way in July of 2014.

Mr. King’s classes are fun and interactive, and all of them are even hands-on. In his classes, people can learn Fusion 360 and Autodesk Inventor, and other computer programs. In other classes, such as Principles of Engineering and Introduction to Engineering, people can learn how to model in Fusion 360 and learn the engineering process. Digital Photography covers, well, digital photography. It teaches students how to edit photos online and photoshop. Civil Engineering and Architecture covers the art of making buildings and houses, and anything else dealing with architecture. Autodesk Certification covers the process of getting certified in any of Autodesk’s programs that are open to students. It is recommended that people have decent experience with whatever program they decide to go into.

The future class, Game Theory and Design, will cover the aspects of games people play. What is a game? What makes a game enjoyable? What all goes into making a game? All of the basics of game design. There will also be a class following this one if it goes well called Advanced Game Design. This will dig deeper into game design and modeling.

Mr. King is excited to host Game Theory and Design and has made a trailer for it. You can go to https://www.youtube.com/watch?v=1_t_H-4pORw to watch it. Mr. King loves doing what he does and enjoys working with each of his students.