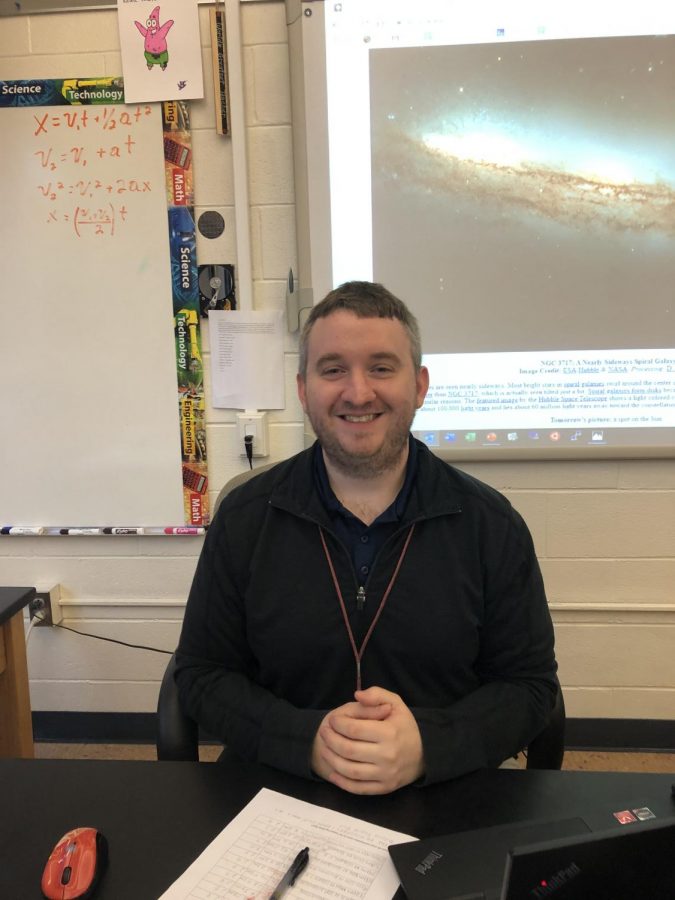 Astronomy, a half-year elective taught for the past four years by Mr. Brown, is one of the most liked classes taken by students at Hamburg Area High School. The course focuses on the cosmos, constellations, the Milky Way Galaxy and beyond. This elective is available for all students, meaning the classes contain students from grades 9-12. A large majority of senior students enroll in this class in order to gain 0.5 science credits for the school year. This course gives seniors the ability to take an additional science class even if they have already completed a certain number of science credits they need in order to graduate.

Astronomy is a popular elective not only because of the subject but also because they appreciate the teaching and the atmosphere of the class. Senior Quinn Holl appreciates the class because of certain activities in which the students get to participate. For example, she said that she had “the ability to go outside and look at the moon through a telescope.” Holl feels that the hands-on experience she gets in Astronomy helps her understand the content more and makes the class much more interesting.

Another senior, Michael Maenza, also looks forward to his time in Astronomy class every day. He enjoys that some days “Mr. Brown shows the class a TV show called Cosmos.” This TV show shares information about some of the first astronomers and explains some of the theories of the universe. Maenza also enjoys the class because he feels that, “Mr. Brown is a very good teacher, and he makes sure that his classes aren’t boring. This may be because Mr. Brown has a special interest in this topic himself. He “provides a fun atmosphere to the class that is enjoyable for everyone.” Both Maenza and Holl encourage others to sign up for Astronomy next year and hope that the lessons in the class keep getting better and better.